Thames River (CT): what if?

As described in this PDF, Amtrak is in the process of replacing a key bridge carrying Northeast Corridor trains over the Thames River in New London, Connecticut. The New London Day is reporting that Amtrak plans to simply suspend service between New Haven and Boston sometime in May for the four days necessary to remove the old bridge and put the new bridge in place. Understandably, this is causing some concern for passengers. The passengers from Kingston, RI to Boston will be able to take commuter trains, but passengers from the intermediate stations will be SOL, to say nothing of the passengers hoping to go from Boston to Connecticut and points south and west. They'll have to take a bus - and Amtrak won't arrange it for them.

Reporter Katie Warchut gives a number of possible solutions. First she asked the obvious question: why can't the trains from New York turn in New London? Amtrak spokespeople poured cold water on that one: they would have to have an engine on each end, which is impossible. Considering that they already do some push-pull operations, I'm skeptical. ConnDOT offers the possibility of increased Shore Line East service between New Haven and New London. NARP executive director Ross Capon suggested bustitution.

I was intrigued, though, by this sentence in Warchut's article: "Amtrak trains from New Haven will make their normal runs to Springfield, Mass." By "normal runs," I'm assuming that she means Amtrak will continue to run their six diesel shuttles between New Haven and Springfield. But it got me thinking: what if?

What if it were simply unacceptable to have one of the busiest train routes in the country shut down for four days straight? What if Amtrak were committed to keeping some minimal level of service?

The most obvious solution is that the line from New Haven merges right into the old Boston and Albany mainline, which is still used by Amtrak for the Lake Shore Limited. This Inland Route has been regularly used in the past for trains between New York and Boston, as recently as 2004. How many passenger trains a day could CSX squeeze into their schedule? How many freight trains would CSX have to suspend if Amtrak sent all their Northeast Corridor trains to Boston along this route?

The second solution is that the Northeast Corridor tracks connect at New London to the Connecticut Southern Railroad, which hooks up with the CSX line at Palmer. It's not that practical because the junction at Palmer is not set up to allow direct connections in that direction; the Vermonter trains have to make an awkward switch in the opposite direction, and any service from New London to Boston would have to make a similar switch. Also, Palmer is only twenty miles east of Springfield.

There used to be a cut-off line between what is now the Connecticut Southern at Willimantic, CT and the former Milford, Franklin and Providence Railroad into Boston. Sadly, that was abandoned in 1959 and is now partially converted into a rail-trail. Even I recognize that it would be pushing it to displace a rail-trail and re-lay sixty miles of track to avoid four days of interruption. Of course, it would have other benefits too, but it'd be incredibly expensive to do it between now and May.

There are ten trains a day in each direction between New York and Boston. The two alternate routes, via Hartford and via Willimantic, are both single-track for most of the way and shared with freight trains. They have also not received the kind of upkeep and reconstruction that the Northeast Corridor mainline has - no Acela speeds here. Still, they could do for four days. Here's my suggestion:


It would be a smaller number of trains, and it would be slower and more awkward, but it beats bustitution. And it sure beats nothing, doesn't it?
Posted by Cap'n Transit at 11:56 PM 2 comments:

Email ThisBlogThis!Share to TwitterShare to FacebookShare to Pinterest
Labels: amtrak, bridge, commuter rail, ct, what if

...seemed to be missing something. 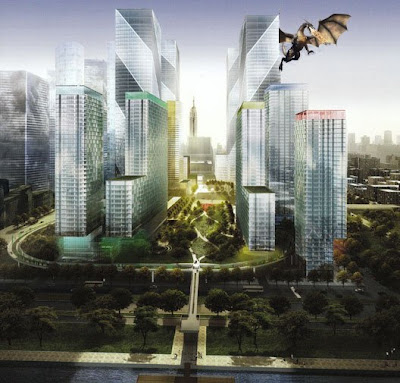 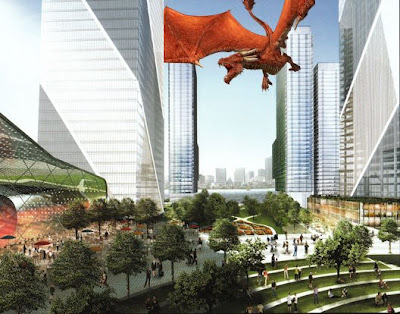 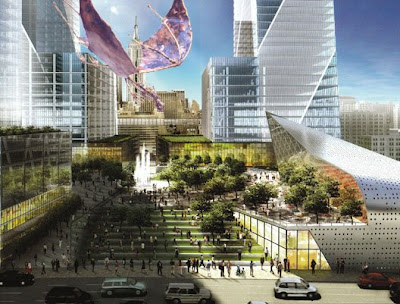 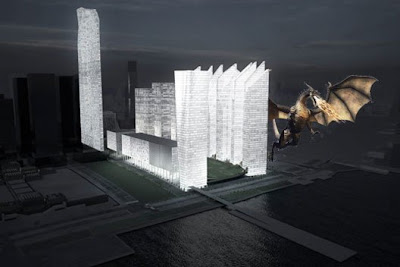 From the blog of Malcolm Gladwell comes this quote from an interview with marathon runner Alberto Salazar:

Salazar ticks off the ironic circumstances that seem to cast the U.S. as a Third World country in distance running: "As big as we are, we have fewer people to draw on. In Kenya there are probably a million schoolboys 10 to 17 years old who run 10 to 12 miles a day. That's how they get to and from school. The average Kenyan 18-year-old has run 15,000 to 18,000 more miles in his life than the average American -- and a lot of that's at altitude."

Kenya believe it? Salazar's claim is fascinating, which means it needs to be double-checked. I found confirmation in another Sports Illustrated article, this one by Tom Layden. After a week-long trip to Kenya, he writes:

After many years of hearing that Kenyan children develop early aerobic capacity by running to school, I found this myth to be ... pretty much true. To be fair, I saw more small children walking than running, but I also saw dozens and dozens of slender boys and girls, wearing school uniforms, running lightly along the endless rural red-clay highways of western Kenya. They moved beautifully through thin air, as if running was a natural act, which it can be.

Some people have questioned the relevance of this to marathon running. "Race realist" Steve Sailer writes, "Joe Sang, a Kenyan researcher, asked 20 international runners if they ran to school as kids and 14 said no." I'm not an expert in sports or evolutionary biology, so I'm going to steer clear of that debate.

There are plenty of other reasons why it's good to have forty percent of your school-age population running (and most of the rest walking) 5-6 miles a day. Even if they're not going to become the next Paul Tergat, they're still going to be in pretty good shape. Also, every kid or two running is one less car polluting the streets and running the kids over.
Posted by Cap'n Transit at 1:19 AM No comments:

Cars are bad in myriad ways. One of the worst is that a car-bound lifestyle is unsustainable. This is not just about the cost of gas. Taking a car everywhere requires people to have parking available for you everywhere you go. The larger the percentage of the population that has cars, the more parking required, the wider and less pedestrian-friendly the roads that are required, and the more money required to build and maintain those parking facilities and roads. It may be possible to sustain the large death toll from cars due to crashes, but it's not possible to sustain the death and disability due to pollution. If left to continue, they will most likely make the world uninhabitable in a few generations.

Everyone has noticed the suburban sprawl that's engulfed this country over the past ten years. (I know, it's more like sixty years, but the pace during the recent housing boom has been particularly stunning.) If, like me, you're concerned about sustainability, you've seen mile after mile of cookie-cutter houses being built on former farmland or desert and wondered, "what's going to happen to all this?"

What is going to happen to all these cheapo McMansions when we come to the end of our ability to sustain them? When it comes time to make a payment to maintain the roads and parking garages?

We're beginning to see a bit of that now. The workability of most of the new "exurbs" and "edge cities" was based on long drives in cars. Most of these "communities" are not built for walking, cycling or transit. Even if it was safe to walk, there is nowhere to walk to. If you're lucky, you can walk to a convenience store, but the supermarket is almost always out of walking distance, not to mention other shopping, schools, government offices and parks. Parks! I once lived in a house where it was inconvenient to walk to a park. And of course, jobs. Some of them with insane commutes, two hours and up.

With the recent rise in gas prices has come a wave of foreclosures. There's a relatively simple connection, as you can read in any number of stories. The Housing Bubble Blog has all the sprawl-bankruptcy horror stories you could ever want, but there's a nice summary in a study done by Sperling's Best Places.

The pattern boils down to this: someone plans a life in one of these sprawling subdivisions where they need a car for everything. They mortgage their property to the hilt, so that they have no wiggle room for an unforseen rise in expenses. One of these unforseen rises is in the price of gas. If they lived in a transit-oriented place, they could switch to transit, but no, they skipped that option. They're faced with an impossible choice: fuel their car, pay the mortgage, or buy groceries. They might not even be able to do two of these, let alone three. They're forced to foreclose.

If they recover, they may switch to something car-dependent but not quite as much. Perhaps they're able to refinance to a more reasonable mortgage, or they buy a car that gets better mileage. Maybe they buy or rent a house closer to work, or find a new job closer to home, or both. But they're not out of the woods yet.

Neither are the somewhat more sensible people who budgeted better, or already lived closer to work or drove a more efficient car. Gas prices aren't going down any time soon. I haven't studied the peak oil projections in detail, but they make sense to me. Even if the peak oilers are wrong in the short term, we're not going to have abundant sources of oil forever. And even if we manage to develop amazing batteries and find another fuel source, it's just incredibly inefficient to live miles from all your destinations and not be able to go anywhere without pushing tons of metal around with you. The Levittowns and Scottsdales of the '60s are more efficient than Fountain Hills, but they're still unsustainable. Eventually these people will have to move too.

We're talking about a huge migration. Over the past sixty years, people have migrated from the cities to the suburbs and "exurbs," and now they're all going to have to move back. Many of them have already started; it's no coincidence that high-density cities like New York and Chicago, and streetcar suburbs like Scarsdale and Winnetka, have been relatively immune to the foreclosure crisis: many of their residents can take transit to work and walk to the supermarket. In fact, the former "inner cities" have seen a "reverse white flight" of migrants from the suburbs.

The problem is that there's not going to be enough room for these migrants. We're talking millions of people, and the population has increased since their parents and grandparents moved out. Plus, much of the housing stock and transit infrastructure has been destroyed. Apartment buildings and stores knocked down for parking in a desperate attempt to save the "dying downtown"; trolley tracks ripped up, elevated railroads torn down, subway tunnels filled in, rail rights-of-way turned over to highways and recreation trails. Meanwhile, hundreds of McMansions accross the country sit empty, and their numbers will increase.

It's true that many of the houses built in the past fifteen (or fifty) years were built cheaply, but it's still a lot of sunk capital. We're going to need to find a way to rebuild towns quickly and cheaply, so we're going to need to figure out how to move these McMansions closer together - and closer to a train station - and convert them to apartment buildings. There's a lot of money in it for whoever figures out how.
Posted by Cap'n Transit at 5:52 PM No comments: