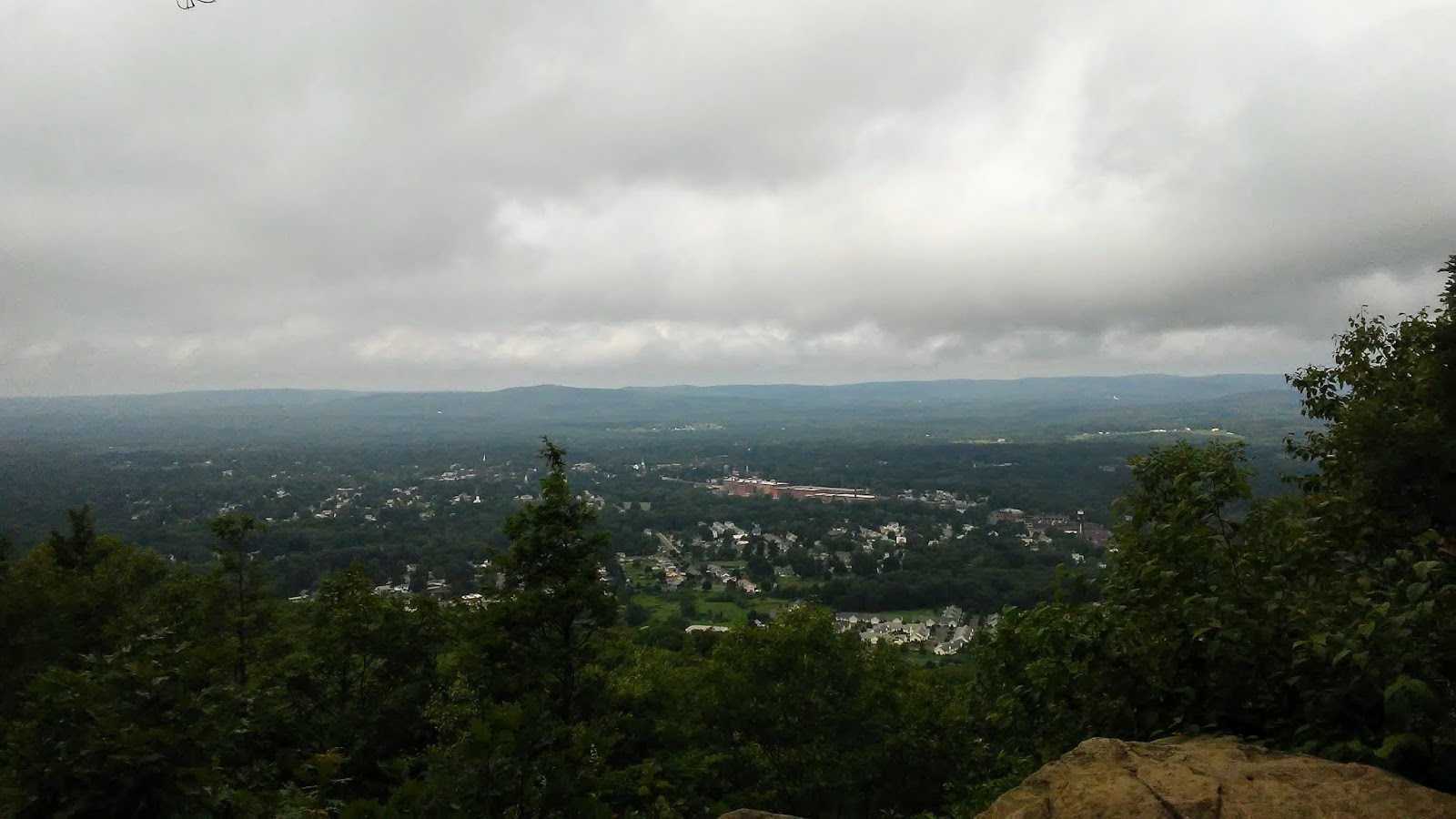 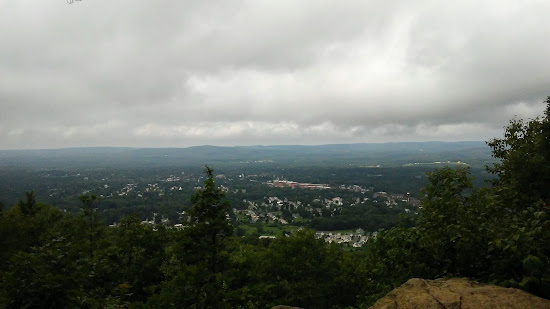 Recently on Twitter I attacked the practice of transferring resources from city dwellers to country dwellers. One of my followers tried to defend it on the grounds of "equitable growth" because some people need to live in rural areas for farming, mining and other natural resources management purposes. My response was "fuck 'em" - not the people who actually do farm or mine or maintain parks and reservoirs, or who provide the goods and services for them, but the people who just want a big house in a picturesque area with lots of land, and feel entitled to government subsidies for that.

The specific example we were discussing was the building of new government facilities in remote areas, particularly facilities like universities and administrative offices that have no direct connection to rural activities, but there are many other examples of this kind of transfer of resources. Elected officials can keep taxes low in the country while raising them in cities. They can subsidize credit, transportation, utilities or other expenses of living and working in the country more than they do in the city. They can impose restrictions on cities that impair their efficiency but don't have the same effect on the country, like minimum parking requirements and restrictions on density.

There may be good reasons to encourage people to live in the country. Farming, mining, and other rural activities can be difficult in themselves, and the isolation of the country can make them even less attractive. Financial incentives, improved transportation and resources like broadband and cheap electricity can increase the labor pool and the number of people willing to invest in farms and other rural businesses.

When these incentives are targeted to a real public need, everything is great. But often they're simply targeted at people living in a specific place, or at "rural areas" in general. This can happen when people don't take the time to target initiatives well, or when there's a general hostility towards city life - or city dwellers - or when politicians exploit country dwellers for power. There is also a strong tendency for people to romanticize rural life.

Every mistargeted incentive is an opportunity for free riding, and incentives for rural living attract a lot of free riders. For all the disadvantages of country life that I mentioned above there are many incidental advantages like access to outdoor recreation, pleasant views, cheaper land and lower levels of certain types of pollution.

Many people prefer to live in the country and do something other than farming or mining or resource management, or providing services to farmers or miners or resource managers or tourists. There's a long tradition of artists, writers and philosophers moving to the country for inspiration or contemplation. There's another long tradition of wealthy people buying country houses for recreation and to escape poor people in the cities.

I want to point out here that this practice is largely restricted to white wealthy and middle-class people. In most cities there are creative and scholarly communities that are open to poor and nonwhite people. Rural communities where artists and writers live can be racist and exclusionary. They can also be remote and difficult to access without cars, which can constitute a barrier for people with low incomes. Poor and nonwhite people frequently move to the country for farming or mining, but less frequently to retreat for creative pursuits.

It's also important to note that the incomes of most of these country dwellers are dependent on cities. The farmers and miners are producing food and materials that will mostly be consumed by city dwellers. The artists, writers and philosophers are also producing art, writing and philosophy mostly for consumption by city dwellers. The tourists who rent hotel rooms and buy things in the country come mostly from cities. The wealthy people who buy summer, weekend and retirement houses in the country do it mostly with money they've made selling things in cities.

This pattern of earning money in cities and spending it in the country, and often paying taxes in the country, can be a legitimate exchange for real rural value, particularly when it comes to agricultural produce or mined resources or accommodation in pleasant or interesting places. When it's a country home it represents another transfer of wealth from the city to the country.

The absolute worst is when politicians spend tax money to "create jobs" in rural areas. I'm talking about factory, office, academic or entertainment jobs, jobs that are not specifically rural, and could be located anywhere. Jobs that would be much more efficiently located in or near cities.

First of all, this kind of economic development spending is a zero-sum game. It's possible to not spend it at all, and that's often the wisest course, but any jobs created in the country are jobs that are not going to city dwellers. That means that they are more likely to go to white people and people from higher-income backgrounds.

Second, putting office, academic and industrial jobs in the country is inherently less efficient, so we're wasting taxpayer money providing the infrastructure to support these activities beyond what they would cost us in the city.

Third, creating jobs in the country encourages more people to move to the country. They often leave efficient, walkable apartments and move to remote, car-dependent houses. They frequently buy cars, and those with cars typically drive more. They then add to the constituency of rural drivers demanding more and wider roads.

Subsidizing jobs in the country also creates a constituency for more jobs. We see it all over rural New York State: a politician can't get a factory in Plattsburgh without another politician wanting one in Elmira. Nelson Rockefeller built a SUNY campus in every State Senate district, regardless of how little housing there was for faculty and staff nearby, or how much a remote location added to the cost to transport students and supplies.

When farms or mines or rural factories close because the land is exhausted, or because other areas have more subsidies or less worker protection, or because we've subsidized transportation or water or energy, there are often jobs in the city. People used to move to the city for jobs, and they are again, more and more. But sometimes they don't want to leave the country. I get that. It can be hard to leave the place you know, and family.

I'm not blaming the people who don't want to leave the country, I'm blaming the politicians who pander to them by locating and subsidizing office, industrial and academic jobs in the country. Migration is a normal state for humanity. People have been doing it throughout our history.

That brings me to another element that has been underlying this whole dynamic: a romantic view of the country shared by many in power, and pandered to by many more. It is an old view, at least as old as the angels' visit to Sodom in the book of Genesis. In this view, cities are dirty places full of violence and evil people, while the country is clean, quiet and full of honest people.

The view of the country as inherently good helps explain a lot of the counterproductive subsidies I've discussed. Why wouldn't politicians want to subsidize writers and artists and teachers and factory and office workers living in the country, if the country is inherently good? Why wouldn't they want to make it easy for city people to get to the clean country as quickly as possible, so they can become virtuous country folk, or at least benefit from the country's virtues? Why wouldn't they want to help country people get in and out of the dirty city as quickly as possible, to minimize the harm and contamination?

Of course the city is not inherently dirty and sinful and violent, and the country is not inherently safe and friendly and clean. The country is a great place to grow food and collect water and quarry gravel. It's also a great place for city dwellers to experience natural beauty and to get some quiet and solitude and exercise. It's not a great place for factories or offices or bedroom communities. It's not a good place for a school, unless the school is essentially a city in itself. And it's really not a good place to shop, especially if we take into account the cost of transporting goods from where they're made to the shop, and from the shop to the home or business where they'll be consumed.

The city is a shitty place to mine copper. It's also a shitty place to grow food, despite what urban farming advocates may tell you. It's not a great place to get quiet and solitude. But as managers have discovered over and over throughout the centuries, despite everything they may want to believe, cities are great for offices and schools. They're not too bad for factories and bedroom communities, contrary to all the twentieth century rhetoric about light and air and noxious uses. And they're ideal for buying and selling things.