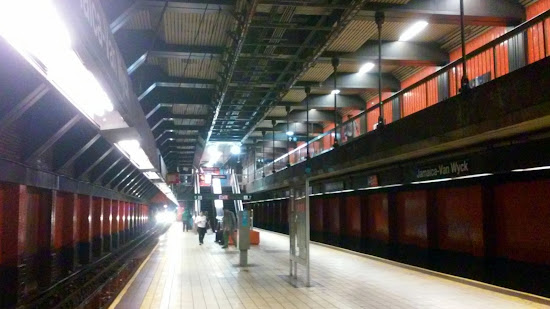 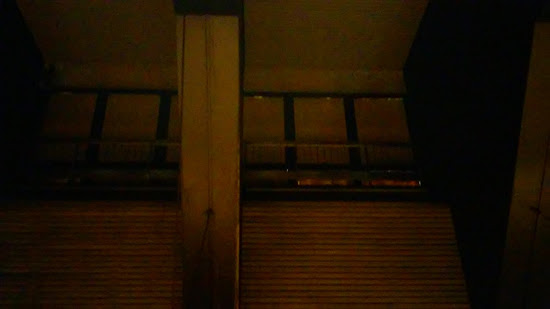 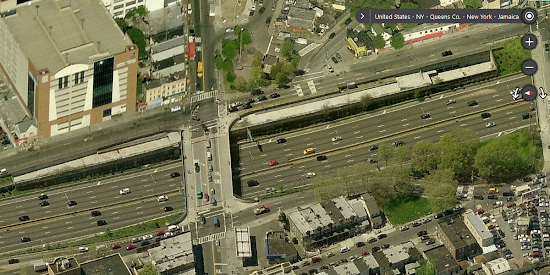 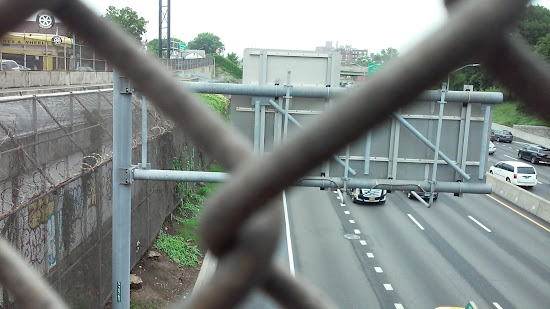 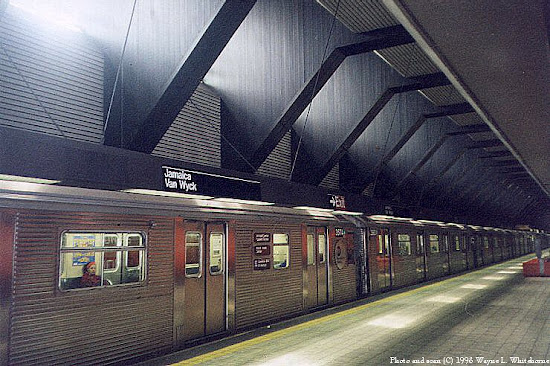 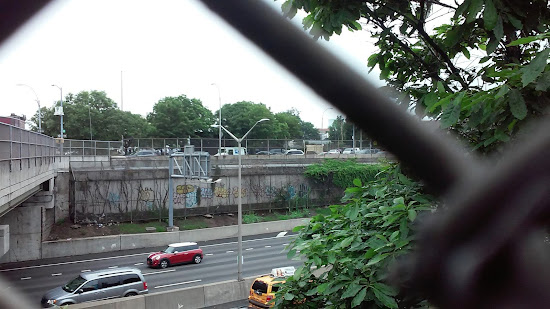 If they uncovered the windows now, in 2016, how often would people try to tag them? How much would it cost to keep them clean and guard them? Would it be more than the cost of maintaining the "Low Line" park proposed for the Manhattan Terminal, plus the amortized cost of constructing that park, estimated at $55 million in 2013?
Posted by Cap'n Transit at 1:02 AM 3 comments:

How carfree is your City Council district?

One of the most eye-opening things I saw during the 2007-2008 congestion pricing debate was a series of fact sheets produced by the Tri-State Transportation Campaign and the Pratt Center for Community development for each City Council and state legislative district. Each sheet gave two figures in particular, tabulated from census results: the percentage of working adults in the district who commuted to work primarily by transit, and the percentage of households that had no cars. 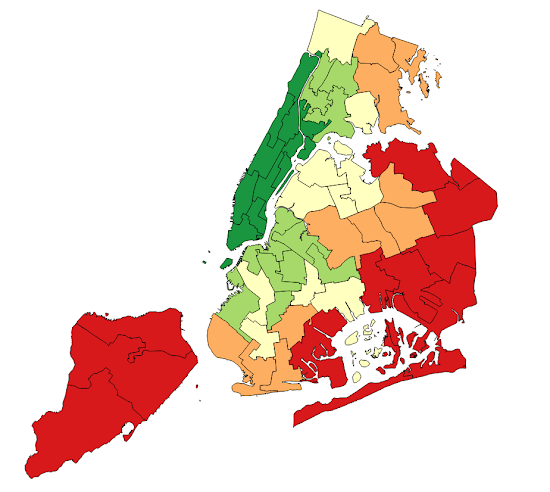 I've made maps for the percentage of carfree households for the City Council and State Senate districts, based on the Tri-State/Pratt Center fact sheets. The figures are interesting in two ways: in general, these elected officials tend to promote transit or driving depending on how prevalent car ownership is in their districts, but some are particularly out of touch with the majority of their constituents. These are relevant to a wide range of transportation issues, beyond the question of whether to toll the East River bridges.

These maps were based on data from the 2000 census, and as the years go by they get less and less relevant to contemporary debates. I find myself wondering what effect recent trends have had on car ownership and commuting, but Tri-State has not released updated fact sheets.

The Census website does tabulate data based on state legislative districts. Charles Komanoff analyzed the data for Streetsblog in 2010, and he recently used it to call out Councilmember Daneek Miller for opposing bridge tolls. But because Komanoff didn't have data for City Council districts he used the figures for the 32nd Assembly District, which turns out to be a bad match.

In November, Tri-State criticized Senator Tony Avella for his part in the coalition. They also challenged Miller based on a "special tabulation" - but in both cases this was based on journey to work data, not car ownership.

To make this easier for anyone who is interested, I have written a small Python script that takes GeoJSON files created by the Department of City Planning, and produces a JSON file mapping census tracts to City Council districts. It uses the Shapely library to check whether a census tract is contained inside a council district. It works for either the 2000 or 2010 boundaries. For census tracts that overlap more than one council district, the script gives the proportion of the land area of the tract that overlaps with each district.

I also created two scripts that transform census tables using these tract2census files, one for table HCT 32 from the 2000 decennial census and the other for table B08141 produced by the American Community Survey since 2005. These scripts produce tables showing the total number of households in a district, the number with zero cars available, and the carfree households as a proportion of the total.

It is important to note that this algorithm introduces a potential source of inaccuracy by assigning the households to split census tracts on the basis of area. This assumes that the households are evenly distributed within each census tract, but that is not always the case. For example, a tract with 75% of its area in City Council District A and 25% in District B would have 75% of its households assigned to District A, but if there is a large apartment building in the District B part of the tract, it could contain over 50% of the households.

Interestingly, my results for the 2000 census seem a bit lower than Tri-State's for some districts, but about the same citywide. It's probably due to different assumptions about the data; if anyone has details about the methods they used, please let me know!

Neil Freeman suggested using QGIS for the visualization, and it made a nice pretty map. I've got more to say about these figures and their implications, and maybe get to work on Neil other suggestions, and add a legend to the map, but this is a good place to stop. I've posted the tables in a Google Sheet here.
Posted by Cap'n Transit at 8:52 PM No comments: