What if the MTA is interested in bringing back the trains?

I’ve always opposed the proposal to convert the Rockaway Beach Branch of the Long Island Railroad into a bike trail, because I think the land is too valuable as a rapid transit corridor to use for anything else. Trail advocates protest that they too are in favor of transit, and they wish we could bring transit back to the corridor, but gee, sadly the MTA is just not interested. 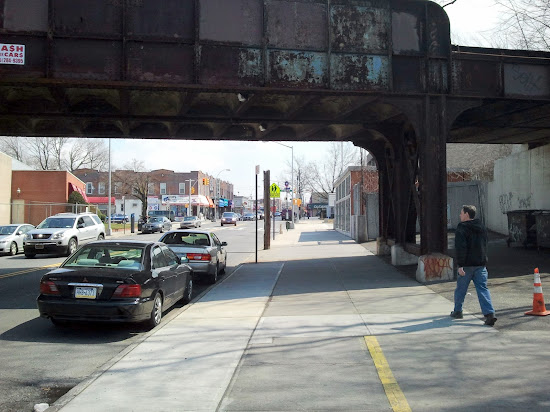 Not only was the MTA not interested, according to the trail pushers, but it was a waste of time to get them interested. Nobody in the area wants a train. The selfish NIMBYs would block any attempt by the MTA to rebuild the rails, and the parents whose kids use the ballfields “on” (actually near) the line would howl. The line will never be reactivated. But the NIMBYs wouldn’t oppose a park!

A few times they almost had me convinced. Against the power that has now arisen there is no victory, they whispered. Why not make the best of it? Have a nice rail trail. It'll close at dark, but in the wintertime we'll try to keep it open "slightly later" in case you're trying to ride home from work. You like the South County Trailway, don’t you? It’s not so bad!

So here it is a few years later, and it turns out that a lot of the NIMBYs have opposed a park. There are people in the area who are in favor of bringing the trains back. And the MTA is doing a study of reactivating train service! The bike trail advocates (who were really transit advocates that had given up hope, you remember) must be overjoyed!

Turns out that - surprise! - the bike trail advocates, now paid by the Governor and park-oriented nonprofits, are against reactivating the rails, and they’re repeating all the NIMBY arguments. The most bizarre one I’ve seen is that the noise of passing trains would distract students at three schools at the Metropolitan Avenue Campus. This is complete nonsense: my kid went to school for six years across the street from the noisy 7 train el and doesn’t remember ever being distracted by it, and the Rockaway Branch would have brand-new rails on an embankment. But as LLQBTT pointed out on Twitter, the presence of these schools is actually a point in favor of reactivating train service. Wouldn’t an Expeditionary Learning School be much better if the Expeditions could be taken by train? Wouldn’t it be better if kids could take the train to Little league practices instead of being driven by their parents?

The bike path advocates are also making up new, ostensibly pro-transit, arguments that don’t make sense to anyone who actually does transit advocacy. How many riders would we really expect to take the new Rockaway Beach Branch train to Kennedy Airport instead of the AirTrain, and why do we care? They indulge and amplify the fears of a handful of Rockaway residents that Rockaway Branch trains would “end the A train.” And if they believe that it would “cause slowing of trains” on the LIRR main line, why not support finishing the partly-built connection to the Queens Boulevard subway, as described by Capt. Subway?

The worst of all the arguments against bringing back the trains a legal one: that a section of the right-of-way was transferred to Forest Park, and that restoring the trains would constitute “alienation of parkland.” This is absolute hogwash. New York City parks are criss-crossed with transportation corridors, some of which are genuinely oppressive, destructive and deadly, and the City has not to my knowledge raised any legal objections. The Jackie Robinson Parkway - its name an insult to the athlete - has a much bigger negative impact on Forest Park than the Rockaway Beach Branch ever will. It would actually make a great busway and bike path, opening up the park to residents of some of the poorest Brooklyn neighborhoods, but the Trust for Public Land has shown no interest in it.

More than anything else, these statements by the bike trail advocates have given proof to my hunch that they are not in favor of transit, that they think a bike path is more important than anything, and that they are willing to lie through their teeth in order to get one.
Posted by Cap'n Transit at 8:43 PM 4 comments:

Some years ago, I wound up arguing about congestion pricing in my local cafe with a woman I’d never met before. I said that as someone who didn’t own a car I didn’t want to pay to maintain infrastructure for people who did. She responded with the usual, “Well, some of us have to have cars,” and then put a new spin on it. “I need one to get to my farm upstate.” 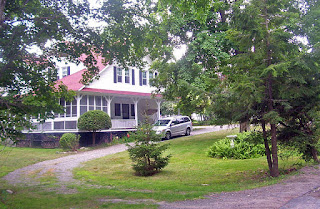 Photo: Daniel Case / Wikimedia
She clearly felt she had won the argument with that one, and I let her think that, because it was clear there was no getting through to her that evening. I grew up surrounded by farms, summer houses and weekend houses, and I can tell the difference between them. If you’re spending Sunday night in your apartment in Sunnyside, either you have a weekend house with a garden, or you own a farm but you’re paying other people to milk the cows and collect the eggs. Either way, you can leave your poseur pickup truck at the New Paltz park-and ride, and you are not entitled to my tax money subsidizing a free ride for you across the Queensboro Bridge.

Since then I’ve had similar encounters with other people, and read about many more, where someone who identified as a city resident argued in favor of maintaining free bridges, free parking, wide streets or minimum parking requirements, or opposing bus lanes or bike lanes, because they also identified as a driver. This person usually complained about owning a car in the city, either having to pay for parking or to move their car twice a week for alternate side sweeping. It seemed like they hated everything about car ownership.

The people in question didn’t use the car to commute to work, and rarely used it for shopping or to go out at night. So why did they have a car? To go to their country house (or sometimes “farm”) in the Catskills, in Vermont, in Connecticut. Sometimes they didn’t even own a country house, and just used the car to drive to short-term rentals or hotels.

It made me wonder, what if they didn’t need a car to have a weekend away from the city? What if, like me and my family, they took trains and buses to get to hotels? They could even own a house in a small town, walking distance from a bus stop or a train station.

I wrote about this back in 2009, and Alon thought we should concentrate our attention instead on getting suburbanites to move to the city. We see how well that worked out! But the reason I think it would be effective to provide more alternatives for car-free weekends is not based on absolute numbers. It’s based on the fact that so many people who are obstacles in the fight for safe streets, efficient movement, reducing pollution, bringing us closer together and providing access for everyone are people who own cars primarily to get to their country houses and weekend hotels.

If we can give those people an alternative to parking their cars in Manhattan, would they stop identifying as drivers and be more supportive of transit and walking? We can’t know until we try it. And as Bruce pointed out in the comments to my old post, the worst is that we can make it easier for a bunch of non-drivers to have a relaxing weekend away from the city. I’ll talk about some specific idea in future posts.
Posted by Cap'n Transit at 1:49 AM 10 comments: