There is no neutral transportation budget arbiter 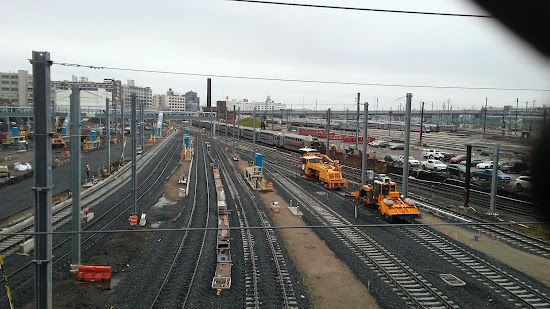 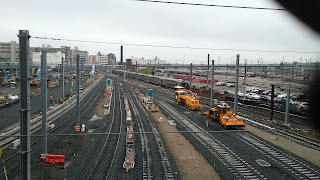 Recently I had another Twitter argument with a transit budget hawk. You know, about how slow and expensive the MTA has been at delivering new subway infrastructure, and how some fantasy busway would not be slow or expensive to build at all, and would magically deliver results comparable to a train line.

(Some other advocates, like Alon Levy, have brought up high construction costs not as an argument for busways, but to argue that we can build more trains if we can build them cheaper. I disagree with this argument in part, but it's a different argument, and deserves a separate post.)

Over the years I've given different counterarguments to this. The biggest is that it's not about how much total transit capacity we can roll out. Our goals depend on rolling out transit infrastructure that can be sustained and used equitably for long after we run out of cheap fossil fuel, and on getting people out of cars, and both of those in turn depend on the Cycle.

Busways are never as cheap or quick to roll out as their advocates claim, and they can drain budget dollars and political energy away from trains. In this recent argument, as usual, a busway was raised as an explicit alternative to a rail proposal. Busways can also interfere with rail by occupying valuable corridors, as we see with the Orange Line in Los Angeles.

I finally figured out another big thing that's wrong with these arguments: they're not aimed at convincing me that a busway is better than a train. They're entirely based on political feasibility. I know the political system, says the busway advocate. They will never approve this expensive rail project. But they will approve this cheaper busway. You should abandon your quixotic campaign for rail and throw your lot in with my busway.

Instead, their appeal is based on an idea of legislatures and political executives as neutral budget arbiters, dispassionately weighing the relative costs and benefits of proposals. Their only concern is the return on investment for each project, as expressed by its ability to support ridership numbers.

This vision is laughable if you've read even one day of my Twitter feed. Every day I get examples of politicians deciding whether or not to support transportation projects, and costs and ROI are the bottom criteria. The top predictor of whether a politician supports a project is the prospect of a glamorous ribbon cutting. The next is whether it would ease a frustration in a trip they regularly take, or that of someone who they listen to. The third is probably whether it would get them a lot of angry calls from powerful people who have some idea, however loony, that the project might bring, crime, gentrification, congestion or historical desecration. Then some of them might be interested in the possibility of getting credit for Bringing Down Spending.

The politicians are also making their decisions based on biased information provided by bureaucrats, who drive at a higher rate than the general public. Allocation of funding and land is dominated by transportation and planning departments, which tend to be focused on building roads and parking, and swayed by fads like diverging diamonds, rail trails and "BRT." Many of them will have a vested interest in the money and land going to roads.

All of this is to say that there is no guarantee that anyone in the process will be neutral, honest or focused on moving the largest number of people for the lowest amount of money. They're focused on ribbon cuttings, or their friends' commutes, or avoiding angering the Community Leaders, or getting their road project funded.

My top two strategies to get transit built are to focus on the potential for glamorous ribbon cuttings, and to get people elected who commute by transit, and who care about transit commutes. Decision makers are not interested in cost figures for their own sake, and neither am I.
Posted by Cap'n Transit at 10:30 PM No comments: