In my neighborhood, on a narrow block zoned M-1 next to the Long Island Railroad main line, is a parking lot. A few years ago, the owners of the building across the street put forward a plan: the City would rezone the block for residential, and they would build a ten-story apartment building. The City Council member for this district said he had concerns but wanted to hear more. 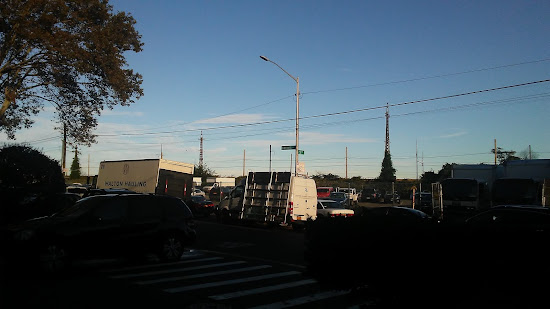 After a few contentious meetings, stories emerged in the news and on Facebook, and were eventually published in a change.org petition and a website: the rents would be sky-high, the new building would be massive and out of context, and it would dump hundreds of new riders on the already overcrowded elevated train and neighborhood schools. The street was not adequate to handle the traffic. The entire community was against it. Eventually the City Council member declared that he was against the project, and it was dropped.

Last week I heard someone on a podcast talking about the value of local knowledge in city planning, crediting Jane Jacobs for it. Certainly, Jacobs catalogs a number of clear cases where planners came into an area with little or no knowledge of it, and royally messed it up. She might have declared the defeat of this project to be a triumph of local knowledge.

The problem is that all the stories I listed above were false. The existing building is run by a nonprofit specifically dedicated to providing affordable housing, and their plans for the site specified that the vast majority of the rents would be below market. The existing building, built in 1931, is a superblock with 472 units. Less than a block away are two more complexes with over 400 units each. Two blocks away is a row of four twelve-story towers-in-a-parking lot on top of a hill. This building would fit in completely with the existing context.

The impacts on transit are similarly overstated. First of all, some people won’t be commuting to Manhattan anyway. They could be retired, or telecommuting, or working elsewhere. And unfortunately, some won’t be commuting by train. In 2008, Rachel Weinberger wrote a great report called “Guaranteed Parking, Guaranteed Driving,” demonstrating that if you include parking with housing, people are much more likely to drive. The plans called for 220 units in the new building, and about as many parking spaces, which sounds dreadful. Based on Weinberger’s research we can predict that those 220 spaces would induce a lot of driving.

Of course some people will take the train no matter what happens, and that number will probably increase as more people realize that driving is a pain in the ass. So let’s imagine that these 220 apartments produce a really high number of transit commuters to Manhattan, say 330, or an average of 1.5 commuters per apartment, including two-bedrooms, one-bedrooms and studios. According to the MTA, on the average weekday in 2016 there were 6795 Metrocard swipes at the closest station, less than five percent of the daily total. Even if all 330 commuted to Manhattan between 7:30 and 8:30 AM, that would add an average of three people per 167-person subway car.

Schools were overcrowded ten years ago, no doubt. But the city has recently opened two new schools and two new additions to existing schools, and plans to continue building more. The claim that the street was inadequate for the traffic is similarly false. It handles all the cars and trucks for the existing lot, and the proposal includes plans to build the missing sidewalk on the south side of the street.

A common theme was that “the entire community” was against this project. I was not opposed. I was slightly in favor, despite the oversupply of parking, because I found all the reasons for opposition incredibly thin, and I figured it would modestly increase the housing supply and thus help to bring down rents. I never heard any enthusiastic support, but there were plenty of people who were not opposed. I occasionally disputed some of the more outrageous stories with my neighbors on Facebook, in a respectful and neighborly way, and they got very upset. Some of them unfriended me.

So basically, the rents were going to be relatively affordable. The building was not going to be particularly large or tall for the area. It wasn’t going to increase overcrowding on the subway to any noticeable degree, and the neighborhood was not united in opposition. All the "local knowledge" was completely false.

I was originally going to write a post about how local people lie, similar to one I wrote back in 2012. I don’t think these neighbors of mine are lying, exactly. It’s more what’s been called “bullshit”: a propaganda soup mixed up without regard for truth. But I realized something else about this particular bullshit: it isn’t local.

There is one specific piece of local information: many tenants of the existing complex are not happy with the way the nonprofit has managed their buildings. Everything else is generic boilerplate about a “large real estate developer” looking to build a “massive apartment building.” These are the same things we read in stories from Morristown to Minneapolis.

My neighbors are almost certainly not in the pay of a large multinational corporation dedicated to opposing new housing construction. But they don’t just live in a local world. They read Jeremiah Moss and maybe Jane Jacobs too. They’ve seen at least half a dozen movies where the villain is a large real estate developer looking to build a massive apartment building. They’ve seen people protest new construction on TV, heard it on the radio and read about it in the New York Times. Many of them have friends in other neighborhoods and other cities who are engaged in similar struggles.

Some of them are afraid of the City's plans for Sunnyside Yards, which do sound like the kind of crazy, destructive thing Robert Moses used to do. Never mind all the differences, never mind that they've quietly acquiesced to the much more wasteful and destructive Kosciuszko Bridge replacement; they see this 200+ unit apartment building as the thin end of the wedge

They need no coaching; they know the script. Out of context, massive traffic jams, casting shadows, destroying the character of the neighborhood. The transit angle is something you don’t get everywhere, but these days you hear it wherever there’s a train. The rest of it is just a re-enactment of the same story they’ve heard dozens of times, with them in the role of the Local Heroes who Band Together. That’s why they unfriended me: I was saying the wrong lines.

These residents appear to display local knowledge (“we have a parking shortage”) but it is fake local knowledge disconnected from local reality, a prop to brandish during their performance. Similarly, “the community” is a prop, a fake community with fake unity, standing in for the real communities that inhabit the neighborhood, barely aware of each other, each with its own corrupt decision-making process and its multitudes of alienated minorities.

This is actually the opposite of the often-repeated fable of the Wise Locals against the Clueless Planner. The planner might not live in the neighborhood (though some of my neighbors are planners), but with some careful observation they could come up with more reliable local knowledge than anything produced by the opponents of this project.

The real lesson to take from the failures of central planning is not the value of local knowledge, but the value of humility. And the lesson we should take from the failure of this project is that local residents can be just as bereft of humility as anyone else, with consequences that are just as dire in the aggregate as the consequences of Robert Moses's hubris.
Posted by Cap'n Transit at 11:16 PM No comments: