Stroller bloat on the subways

If you follow transportation politics you’ve heard of induced demand, a principle that activists have been invoking for decades to oppose road widening: Adding more capacity without market pricing simply invites more people to use a valuable resource. We see induced demand in roads and parking, as well as oil. 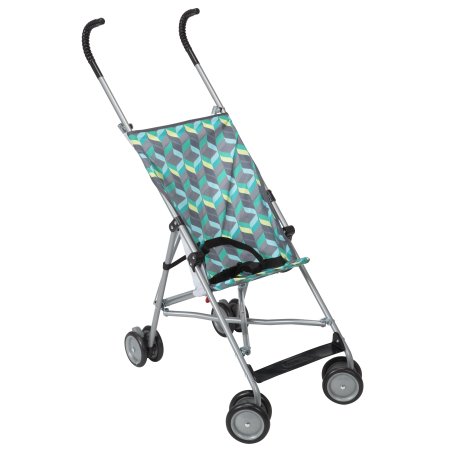 People have invoked induced demand in opposition to things that are much less destructive than driving. Transit managers have removed benches, lockers and trash cans from stations in the belief that this will reduce the demand for sitting, storing things and eating.

So what’s the difference between good induced demand and bad? It’s all about what it is that’s in demand. What are its real costs and benefits? Do the benefits justify the costs in the long term, and how long is long term? Can we handle the demand in the short term, and what happens if we can’t?

In terms of trash cans, given the staggering amount of money the MTA wastes on other things it wouldn’t be a huge expense for them to buy enough trash cans so that there’s one within twenty steps in all their stations, and to hire enough people to keep them from filling up and keep the platforms and tracks clean. The same is true for lockers and benches Somebody decided that the benefit wasn’t worth the cost, and I wouldn’t be surprised if that person drove to work and never found themselves on a subway platform holding an empty sandwich wrapper, or waiting for a train with tired feet.

In terms of roads and parking, we know that it costs an obscene amount of money to build a single structured parking space. Elevated roads and tunnels are similarly exorbitant. At-grade roads and parking are cheaper, but still cost a lot. They also encourage driving, with its pollution and carnage and waste of energy. I don’t know about you, but I don’t think it’s worth the cost.

I brought all this up to give you an idea of what goes through my mind when I hear people talking about how accommodations for disabled people help everyone. The usual example people give is how curb cuts for wheelchairs make life easier for parents with strollers. Sometimes people go on to talk about how elevators also help people to use strollers. And that’s where I start giving these people the side-eye.

I’m very much in favor of making our buses and trains wheelchair-accessible. I know several people with mobility impairments, including my own parents, I’ve talked with people who use wheelchairs and crutches about the difficulties of navigating the subway, and I’ve been temporarily disabled in the past. If we induce more demand for travel by people in wheelchairs and those with canes and walkers, I’m all for that, because up to now they’ve been forced to rely on Access-a-Ride, which is slow and inefficient, and limits their participation in society.

I have no objections if we build elevators for people in wheelchairs, and they happen to be useful for people with strollers, or even with “granny carts” for shopping. There is an added cost, though: the elevators are designed with a particular capacity of disabled users in mind, and induced demand from stroller and shopping cart users means kore crowds and longer waits. More demand also means more wear and tear on the machinery, more frequent outages (especially if the MTA doesn’t adjust its maintenance budget), and more money for repairs.

It doesn’t stop just at elevators making life easier for people with strollers, though. It starts getting presented as a moral obligation for us to fund elevators for parents. And since most parents who travel with their kids are women, it gets presented as an anti-sexist obligation to fund elevators. Then you get petitions for the MTA to allow parents to take strollers on buses without folding them. And that’s when I get pissed.

Last year I was on a bus in Great Britain, where people are allowed to bring strollers on buses. The bus filled up and people were having difficulty finding places to stand, because all the floor space was taken by strollers. The women traveling with the strollers made no move to take the kids out and fold them, so everyone else had to squeeze around them, including one woman who delayed the bus because she was not expecting to have to fold her own stroller.

It’s one thing to bring an unfolded stroller on an empty bus in Lebanon, New Hampshire. It’s a very different thing to bring one on a crowded bus or subway in New York City. We don’t have the capacity for it, so insisting on that space is taking away capacity from everyone else, including parents who carry their kids and fold their strollers. If you think there’s a significant value to society in giving that public space to unfolded strollers, get off your high horse and let’s talk about why it’s valuable and how we’re going to pay for it.

The weirdest thing about this debate is that it's not like people don't take small children on subways and buses. They do, and they always have. It’s not always easy, but traveling with kids by car isn’t always easy either. So why are people talking about taking kids in elevators now? I think it's the size of strollers.

When my wife was pregnant we went shopping for a stroller. The “normal” strollers were all large, heavy and difficult to fold. They were also fantastically expensive, with models costing hundreds of dollars. We settled for a “city” model that cost under a hundred and was lighter weight and could be folded with one hand, but it was still pretty heavy and bulky. I think we took it on the train maybe three or four times, and yes, it was a pain in the ass.

We wound up using a sling and a Baby Bjorn to carry the kid for the first year or so. Once he was old enough to hold his own head up we got an umbrella stroller for twelve dollars at Toys R Us. It made a huge difference. Either one of us could push it to the subway stairs, unbuckle the kid, pick him up with one hand, fold the stroller with the other hand, pick that up and head into the subway. With a little practice we could get it done in two seconds. Once we were on the subway (or bus) the stroller slid neatly under the seat.

Even when it was unfolded the umbrella stroller took up relatively little floor space and sidewalk width. It was light enough that either of us could pick the kid up in it and carry them for short distances. It wore out within a year, but I just went back and got another one. By the time we were ready for a third stroller, the kid was ready to walk.

I can understand why people hesitate to fold “city” strollers and drag them up stairs, and I sure as hell understand why nobody wants to carry a full size Graco anywhere, with or without a kid in the other arm. What I don’t quite understand is why people don’t use umbrella strollers.

I mean, people do use umbrella strollers. I just saw one a few minutes ago. What I don’t understand is why so many people assume that you only need one stroller, and the standard suburban models are fine for the city. Why aren’t there periodic articles in Queens Parent and Time Out Kids about the Best Subway Strollers? Why don’t people get schooled in umbrella strollers in the cafés of Park Slope and Sunnyside the way they get schooled in bike seats and breast pumps? When someone complains about being asked to fold their stroller on the subway, why isn’t the first response simply, “Have you tried an umbrella stroller?”

I can think of three reasons. Time Out isn’t running any stories about umbrella strollers because they’re cheap and they’ve been around for years. They’re not writing any stories about plain old bibs and sippy cups either. For similar reasons, umbrella strollers are no good for yuppie prosperity signaling, and because they’re complex aluminum structures they aren’t good for hipster artisanal credit.

The main reason people avoid umbrella strollers is that they can’t hold anything but the kid. Modern strollers have huge compartments that can hold diaper bags, breast pumps and groceries, plus cup holders, bag hooks and even running boards for older kids to stand on. Even the “city” models have at least one basket. When people have one they fill those compartments with everything they might possibly need, which can weigh as much as the stroller, or even a toddler.

This is exactly like “sport-utility vehicles ” which get filled up with all kinds of stuff that the passengers never use, but the driver carries around just in case. Or the large house with rooms full of belongings that the inhabitants haven’t touched in years. And the reason is the same: induced demand. When land and buildings are cheap, people hold on to their stuff. When gas, roads and parking are cheap, people shove their stuff in the SUV and use the gas, roads and parking to cart it all over town. And when train, bus, sidewalk, stair and elevator space is cheap, people shove their stuff in giant strollers and push it all over town.

I wouldn’t have a problem with this if the space really were cheap, but buses and elevators are expensive. I would even be willing to subsidize bus and elevator space for unfolded strollers if we had a real discussion and concluded that this subsidy would bring a real benefit to society. I think there’s a real case for it for groups with more small children than adults, or where the caregiver has a disability that makes it hard for them to carry a child, an umbrella stroller and a diaper bag.

Unfortunately, that is not the discussion we’re having. The discussion we are having is polluted by induced demand, by the assumptions that all small children are carried in giant, unfoldable strollers by physically and politically weak women who are incapable of selfishness, bad judgment, ignorance or any other failings. Can we change that, please?
Posted by Cap'n Transit at 8:36 PM 5 comments: