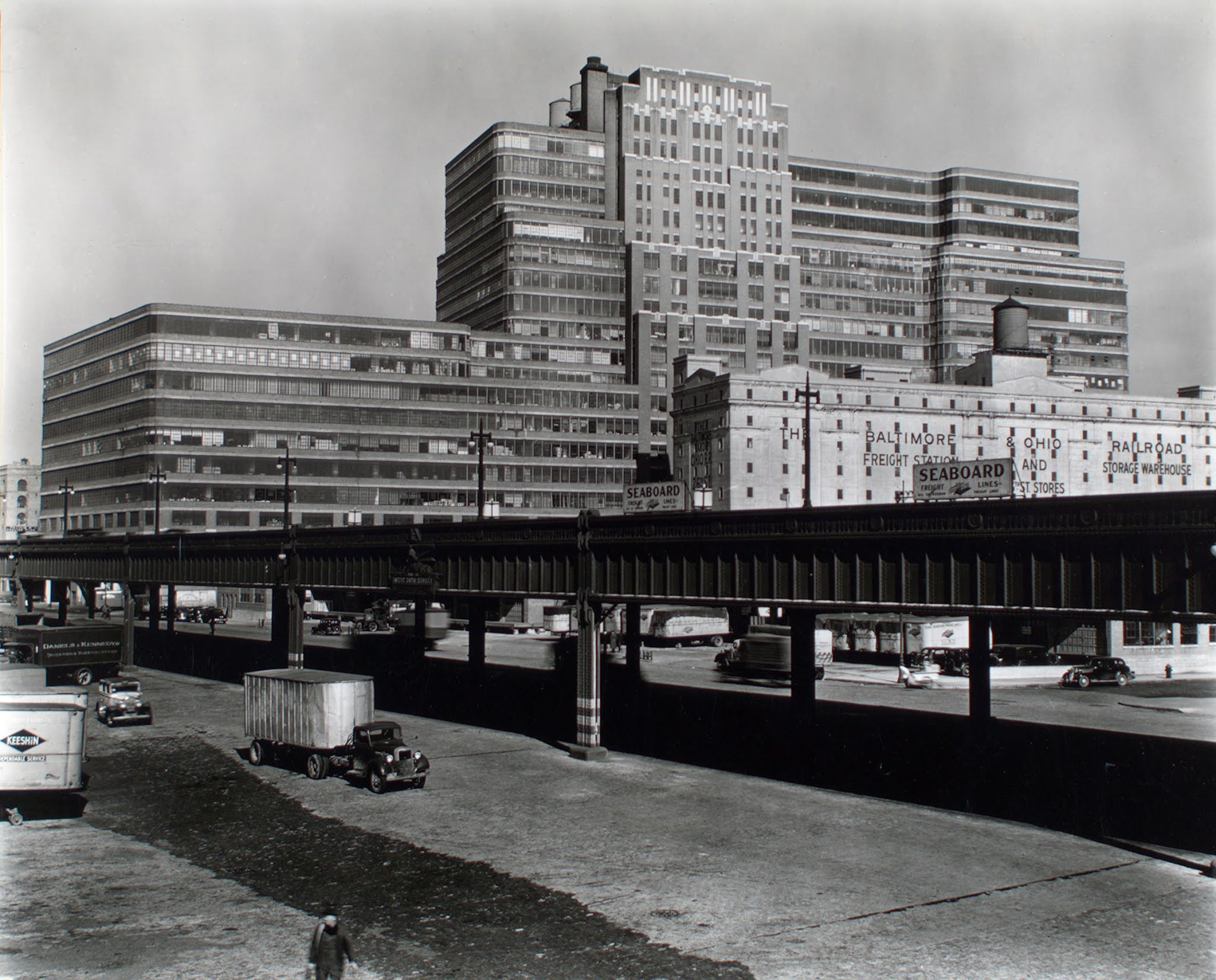 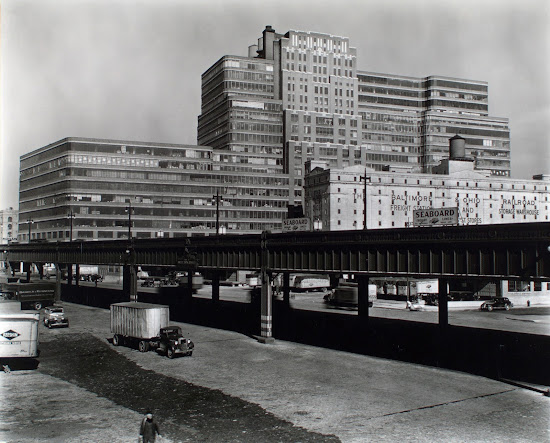 A couple of years ago I read a Politico article about bitcoin mining in eastern Washington with this quote: "Most of the surplus is exported, at high prices, to markets like Seattle or Los Angeles, which allows the utilities to sell power locally at well below its cost of production." This is not an isolated occurrence - I read a similar story from Inner Mongolia.

Why would the people running a power company sell the power below cost? They could simply be doing it as a bribe, to buy off a constituency with a lot of political sympathy. They could be doing it because rural incomes are low relative to those in big coastal cities, and the regulators wanted to be nice to people with lower incomes, or to subsidize rural living. Or they could be doing it as a form of compensation to people who might have added risk living downstream from a large dam, or other environmental costs related to the project.

Whatever the reason, they didn't count on bitcoin miners free riding on the cheap power - a form of "jurisdictional arbitrage" over the artificial cost difference. I bet there's a couple other things they didn't count on, and if you've also taken Econ 101, you're probably thinking of the same things, like that they're not providing the same discounts to low-income people in cities, and that these subsidies for rural living are encouraging rural overpopulation, which can have disastrous costs.

The reason is that land is an imperfect proxy for people. Sometimes it works great, and sometimes it fails. And when it fails bad, the consequences can be really disastrous.

Lately I've been hearing calls for an arrangement like the cheap rural power in connection with New York State's proposed legalization of recreational marijuana use. There's a very good reason for this: the drug laws passed by Nelson Rockefeller and others targeted drugs largely used by low-income Black and Latinx people, and they were enforced more harshly on dealers and users from those populations.

These discriminatory practices had an effect not just on the individual drug dealers and users and their families, but on their communities - and I use this word to mean their friends, neighbors and customers, people who owned businesses and charities where they might have spent money if they weren't in prison, and people who might have benefited from other, non-drug-related, work that they might have done.

When the drug enforcement authorities removed people and their productive power from their communities, they reduced the political and economic power of those communities, resulting in neglected housing stock and infrastructure.

So basically, the white elites of New York and their elected representatives screwed low-income Black and Latinx people over for decades. What do we do about it? At a minimum, any of the dealers convicted under these laws who are still willing and able to work should be guaranteed jobs in the field. I'm frankly baffled that I would have to say this: if your business is selling pot, why the fuck wouldn't you hire people who have a documented track record of success selling pot under really difficult conditions?

Okay, so what about the people who can't work, or don't want to sell drugs any more, or who were just convicted of possession? If they're dead, what about their heirs? They should be refunded all the fines and prison fees they've paid over the years, paid a regular minimum wage for any prison employment, and paid damages for unjust imprisonment.

Now here's the tricky part: what about their communities? Their friends, neighbors, customers, the businesses and charities where they might have spent money? The groups whose political and economic power was reduced? The housing stock and infrastructure of the places they called home?

Well, how many of those friends, neighbors and customers are still there? How many of the businesses and charities are still operating? How big was the Black and Latinx population in those areas when they were arrested, and how big is it today? Who lives in those houses now? Who walks the sidewalks and takes the train? To take a stark example, think about almost any block in North or East Williamsburg.

Let's avoid the temptation to blame migrants. Migration is a normal part of human existence. If these pot dealers and users hadn't been unjustly imprisoned they might be retired to Miami or Mayagüez right now. Many of them might be anyway. If they hadn't been economically oppressed, they and their kids might be "gentrifying" somewhere else right now. In any case, can we agree that there's no reason to send our tax dollars to some wealthy white family living in a row house in Williamsburg with no connection to a convicted pot dealer who lived there in the sixties?

Now, here's a slightly more difficult problem. What if it's one of these neighborhoods, like Harlem or Bedford-Stuyvesant, where a lot of the people moving in are middle-class or wealthy Black and Latinx people? They still face discrimination for the way they look and maybe their accents or names, but they haven't been held back by the drug laws. Are they entitled to any of this money?

We could probably continue thinking up different categories of people and the degree to which they should be entitled to any reparations for the Rockefeller drug laws, but the point is that land is an imperfect proxy for people. And when I keep hearing about sending money to affected "communities" and hardly anything about support for affected people and their heirs, I start to smell a bait-and-switch.

This brings me, finally to a transportation issue. Lately, you might have seen some posts about proposals to mitigate some side effects of highway teardowns. Alexander Laska of Third Way Energy and Beth Osborne of Transportation for America wrote:

"To ensure that neighborhoods around the highway receive the benefits of its removal or modification, the project sponsor for any award under this program should be required to establish a land trust or land bank that would receive initial ownership of any property that becomes developable through activities supported by a grant under this program. The land trust would help locals buy the property, preserve and build affordable housing, support the opening of locally-owned small businesses, and preserve greenspace and parks."

As with the case of mitigating marijuana legalization, the goals of this proposal are ones that I support. Having been priced out of three of the New York neighborhoods I've called home, I don't want to see anyone forced to move because rents rise beyond their ability to pay. But I think the proposal, and others like it, are misguided and will ultimately be damaging to the very populations they aim to protect.

This is just one of many proposals that avoid placing the blame for rising rents where it belongs: on the people responsible for restricting the supply of housing, which channels every increase in the quality of life of a neighborhood into a bidding war with wealthy people attracted by that increase, driving up rents.

Osborne is no dummy, and she does acknowledge, in an interview with Streetsblog's Kea Wilson, that the real culprits are the local elites and the intolerant zoning they've established: “But of course, when the supply [of highway-free, walkable neighborhoods] is artificially constrained and demand is extremely high, that creates a really valuable product." But she professes no hope of ever overcoming that intolerance. "You have to actively protect land to make sure that people can afford to stay.”

But as with marijuana legalization and cheap hydroelectricity, protecting land doesn't do much to protect the people affected. This is personal for me: as a child I lived in a neighborhood that benefited from the cancellation of plans for one expressway and the tearing down of another. Now I can't afford to live in that neighborhood. I'm a prime victim of rising rents, unable to live in my childhood home.

Here's the thing, though: a land trust wouldn't have done diddly shit for me, because I wasn't living in that neighborhood when the highway was torn down. I wanted to stay; my parents moved away while the highway was still up, and took me with them. I couldn't even stay in the next neighborhood because I wanted to move out of my parent's apartment and rents were too high for my income. I left the third neighborhood to go to school, and couldn't move back because I'd given up my rent-stabilized apartment.

The neighborhoods I lived in when I was a bit older never even benefited from a highway teardown (although both of them could have). Rents just went up because people in my generation realized that the suburbs suck. A community land trust wouldn't have done much for me in the third neighborhood because once I left I was no longer a "long-time resident." Even if I'd qualified for one in my second neighborhood, it would probably have been oversubscribed, with a gigantic wait list.

Who would benefit from the community land trusts proposed by Laska and Osborne? A subset of residents: those who don't move. Those who never leave the area to go to school, or spend time in another country. Those who never try out another city for a year or two, to realize what they were missing in New York. Maybe those who leave, but who master the practice of subletting, of property management, of gaming the system. And it would probably wind up benefiting wealthier people who move in after the land trust is established.

Whatever you do, don't make poor people live in poor places to get cheap electricity. Don't give money to people who were never affected by racist policies, and just happened to move to a place where lots of people were. Don't make people stay in the same place in order to benefit from rising property values.

The bottom line is: don't make land a proxy for people.

Posted by Cap'n Transit at 6:49 PM No comments: