Did the Atlantic Ticket accomplish anything?

In June the Long Island Railroad instituted an "Atlantic Ticket" for people traveling on weekdays between southeast Queens and stops along Atlantic Avenue in Brooklyn. This fits with the RER, S-Bahn and Overground strategies that have been used in European cities like London, Paris and Berlin going back to the late nineteenth century. Instead of treating suburban trains like a completely separate system from the subways (and buses) they are run through the city center, at comparable frequencies to the subway, with the same fares and free transfers. So how does the Atlantic Ticket do in getting us to this goal of using our trains more efficiently? 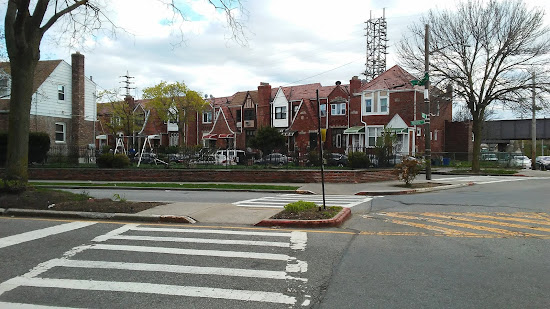 Of the four differences between subways and commuter trains, the Atlantic Ticket addresses the fare difference and the lack of free transfers. They are the easiest to see: a rush hour commuter who takes the LIRR and the subway pays $13 one way or $346 monthly for a 55-minute trip from Rosedale to Grand Central, compared to $2.75 or $121 for 30 days for a much more crowded ride on a local bus to a subway. Many people take dollar vans to the subway, which brings the cost up to $4.75 one-way or $241 for 30 days. Riding the x63 express bus takes an hour and a half, but you get a seat and it's less than the railroad: $5.50 one way or $238 for 28 days.

The Atlantic Ticket offers a fare close to the express bus: $7.75 for a single one-way from Rosedale to Grand Central and $240 for 28 days. However, it is only good for travel to (or through) Flatbush Avenue, which takes about an hour and ten minutes from Rosedale to Grand Central. This is still quicker than the express bus, but about twenty minutes longer than LIRR trips through Penn Station. Surprisingly to me, it's also longer than taking a bus to the subway.

Why would someone pay extra for a longer ride? Comfort is one reason: LIRR trains are rarely packed, so even if they don't get a seat on the train they would expect some elbow room. But there's still a packed subway ride from Flatbush Avenue to Manhattan. Is riding a less crowded train for half an hour worth paying $3-5 more, but not worth $10.25 more? Maybe.

Another potential advantage is reliability. The subways and LIRR trains run on dedicated, grade-separated tracks controlled by the MTA. The buses and vans all run on busy avenues filled with other commuters. One insensitive driver can hold up bus riders for several minutes.

There's no word yet on how many people have been buying these Atlantic Tickets, but given the mixed benefits I suspect the number is relatively small. The LIRR Board Book this month credited the US Open golf tournament and the Belmont Stakes for increases in ridership (roughly 2% over last year), but did not mention the Atlantic Ticket at all. In a future post I'll talk about the two other factors, a direct ride (or at least a ride that is comfortable end to end), and frequency.
Posted by Cap'n Transit at 11:10 PM

What would be better is if you could just touch on and off each train and bus with a credit card, like in London. Even if the fares stay exactly as they are, this would at least be convenient because you don't have to use multiple ticket machines. Especially for the less price-conscious passenger.