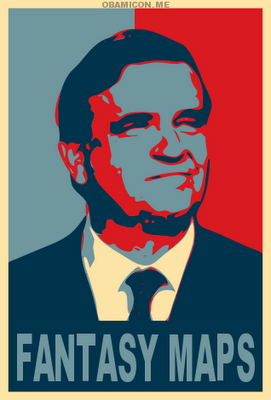 Railfans and environmentalists across the city should be singing the praises of Robert Steel, Deputy Mayor for Economic Development. Our beloved fantasy maps had been trampled by Christie's pandering to the austerity fetishists, and then kicked when they were down by Andrew Cuomo's own attempt to appease the bond gods. In a flash, Steel picked them up, dusted them off, and raised them in triumph at the head of a cavalry charge.

From an AP report, it sounds like someone in Steel's office had seen the work of a few environmentalist transit advocates, Steve Lanset, Ralph Brasket and Joe Versaggi, showing that extending the #7 subway under the Hudson River to Secaucus could be done for half the cost of the "ARC Tunnel." Someone at the Hudson Yards Development Corporation was feeling a bit defensive about the city's own overpriced tunnel to nowhere - the current #7 extension to the Javits Center. Someone in City Planning was frustrated at Chris Christie's cancellation of the ARC project - and probably about the ARC project itself, bloated with unwanted features and beset with so many compromises and kludges that it had lost most of its supporters. Half the transit advocates in the region openly scorned the plan, and the other half had trouble keeping a straight face as they defended it.

They put their heads together and realized that they would need powerful allies to overcome Christie's strong pro-car bias. What better allies than the real estate interests that had gotten Bloomberg and Doctoroff to commit billions of taxpayer dollars to extend the #7 to an area that in 2005 was factories, warehouses and parking lots? The lower price tag dodged Christie's moronic but effective "money tree" attack, allowing him to accept the tunnel while still keeping his image of the Great Budget Cutter.

It's not clear how involved Steel himself was in any of this, but at the very least he saw the genius in the original idea and its appropriateness in the new context, and allowed it to be floated in the Times. By doing this, he has restored hope to transit advocates on both sides of the Hudson. Even with callous austerity panderers in both statehouses, we may still see some transit expansion.

This is why I voted for Bloomberg last year, even with the stupid term limits business: if Bill Thompson had won, you know we'd have some flunky like Joe Chan doing economic development, and if he showed any vision at all he'd be tearing down the Port Authority to put in a parking garage for Christie's new car tunnel. And that's why we need to find someone with vision who can run in 2013 and knock all the corrupt Democratic politicians out of the race. Get working on it now, people, or we'll all be in trouble.
Posted by Cap'n Transit at 11:58 PM

um um the Port Authority Bus Terminal already has a large parking garage for private automobiles. Build all the garages you want at the Manhattan end of the Lincoln Tunnel doesn't get you any more capacity in the tunnel.

I know that the Port Authority has a big garage on top, and I know it doesn't get you any more tunnel capacity. But Christie has been backing the Turnpike and Parkway widenings, and I wouldn't put it past him to suggest another highway tunnel, especially if he knew New York had sympathetic economic development officials.