They say Central Park is now car-free. The other day I passed five construction trucks, three random cars and four golf carts, one of which was completely empty, with a guy in shirtsleeves standing next to it looking at his phone. Of course it's all relative, and this is a definite improvement over the line of cars pushing their way through the East Drive just a couple months ago. 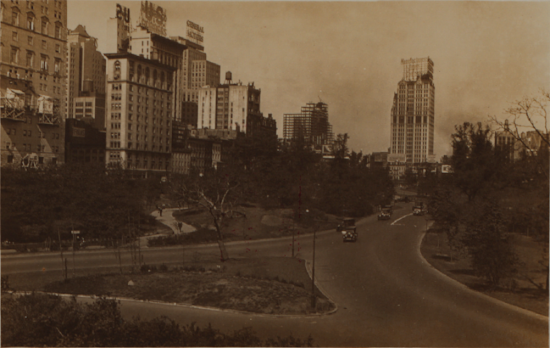 Photo: The Drive. Percy Loomis Sperr, May 25, 1928.
I also passed several people going the other way - riding bikes, running, walking, even on scooters. They didn't really bother me, because they're narrow and lightweight, and traveling at relatively low speeds. If anything concerned me at all, it was that they sometimes passed me on the right - their left. I could see this potentially causing problems in really crowded situations.

That got me thinking about something I've written about before: a hundred years ago New York's streets were almost all two-way, even narrow ones. One-way traffic was at first almost entirely a response to the explosion of curbside parking. Later it was extended to avenues without parking, and curbside parking was banned in some areas, in response to a massive surge in car commuting and truck freight. 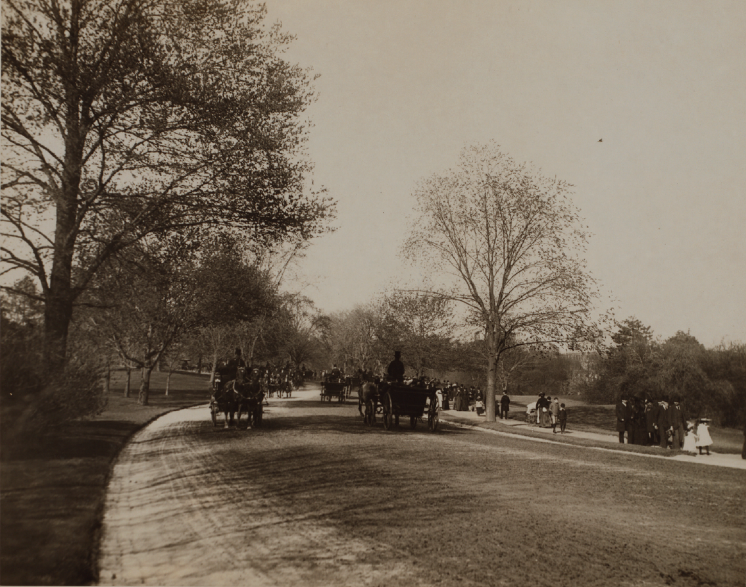 Photo: The West Drive, near 90th Street. Ewing Galloway, around 1892.
Interestingly, the earlier story quoting Whalen doesn't mention safety at all, focusing entirely on the need to "relieve congestion" - without providing any specifics on how bad the congestion was. This must have gotten a reaction from the public, because in the November 27 story Hoyt made it clear there was "No Intention to Make Express Motor Highways of the Drives." Well, that's reassuring!

There's the usual assertion that "those who visit Central Park on foot will find it safer to cross the drives than in the past with two-way traffic," with no explanation of how this would improve safety. Hoyt then supplies the Times reporter with a series of truly horrific stats about car crashes in the park. There were eight people killed in the park during just the first ten months of 1929, and 249 people injured!

It's abundantly clear that the primary source of danger on the Central Park loop roads, in 1929 as in 2017, was people driving cars. It's not that people never die in the Park without a car present, but the danger is not from two-way traffic flow. In fact, the one-way rules probably encourage cyclists to speed, as they did with drivers.

People already use the drives safely in both directions on foot, bike and skate. Let's make it legal! 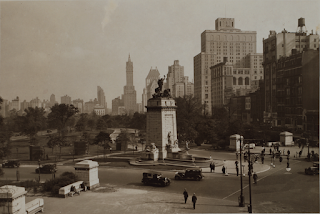