It's an interesting coincidence that Jarrett wrote a post debunking an article by Joel Kotkin just as I was preparing this one. 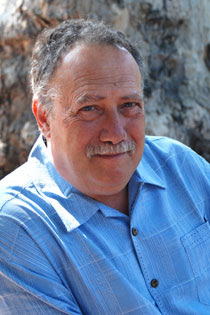 Over the past several years, Kotkin has released a flood of books, articles, editorials and blog posts hammering away at the same theme: most Americans want to live in big houses with lawns, and drive cars everywhere they go. He sees New Urbanists and transit advocates as enemies of this "American dream," bent on imposing our own visions of utopia in place of the will of the people. He is not alone in this; while he may be the most eloquent and respected apologist for sprawl, his arguments are echoed in editorials, blog posts and community board discussions across the country.

Some transit advocates have objected to Kotkin's portrayal of them, insisting that they are not anti-car, they just want choices. Others, seeing themselves as champions of social justice and the poor, react with bewilderment at Kotkin's accusations of elitism. But in a narrow sense he is right and they are wrong: it is impossible to be an effective transit advocate (or urbanist) without being anti-car, and this does put us in conflict with the ambitions of most Americans.

The flaw in Kotkin's argument is that it is impossible for any sane adult who understands the issues to not be in conflict with the American Dream. It's just not sustainable for everyone to live in a five-bedroom house on three acres and drive air-conditioned SUVs to office parks and big-box stores.

Yet somehow Kotkin seems to believe that in fifty years there will not only be enough suburbs for the entire current suburban population but also for most of the urban population as well, plus another hundred million. The only explanation I can give for this is wishful thinking. For his transportation analysis Kotkin relies on the work of Wendell Cox, an anti-transit, pro-sprawl crusader whose work has been pretty thoroughly debunked. Kotkin's assertions based on this have been refuted as well, by Yonah Freemark. Plus, of course, Jarrett's recent post that I linked to above.

I'll have another post soon explaining why I care about Kotkin, and why you should too.
Posted by Cap'n Transit at 1:35 AM

Joel Kotkin misrepresents the American Dream that he claims to argue for.

The "American Dream" is far better represented by a small town, itself settled as urban densities but surrounded by parks and playing fields and countryside, and accessible to a high income job.

And that is far more easily provided by a train-station suburban village than by a modern sprawl suburb, which provides a largely empty fascimile of the American Dream. It is the manufactured substitute created for the American Dream because the manufactured substitute led to better income flows all around for both property developers and the productive sector alike.

But the superior income flows from the manufactured substitute depended critically on ultra-low-cost energy, and so now the core sprawl-creating coalition is losing allies and working hard to shore up its entrenched status quo position.

You know, given US levels of inequality and social immobility, we could probably all agree that whatever the American dream is is a myth.

Kotkin and his ilk drive me bonkers for these reasons: They have an aversion to inconvenient facts and historical precedents. They obfuscate and promulgate myths that have long legs and slogans that are repeated often and fit on bumper stickers.

They are masters at framing unintelligible answers, introducing the misleading meaningless phrase, diverting unwelcome questions in a fog of boredom, and taking advantage of the fact that, as short-term memory losses have become unindictable, then so can long-term memory losses. All of which eliminates legitimate debate, razing the foundation that true argument over when it is wise to stay whichever course the powers that be decide upon and when it is wise to withdraw could ever be truly raised.

Ironically enough, one of the greatest reasons why people move to the suburbs is for social mobility...specifically the schools and taxes.

Cities and high density areas have their advantages, but efficient and effective public sectors are not one of them.

I don't know if this has been studied empirically or not, but I would be willing to wager that intergenerational persistence of both poverty and wealth are greater in US urban areas than suburban areas.

If you think the "American Dream" is unsustainable in the U.S., just wait until it is implemented as the "world dream". China alone is adding 2,000 net new cars to the roads every DAY. You read that right. DAY.

I would, quite literally, agree to your argument about the "American dream".

I don't know if this has been studied empirically or not, but I would be willing to wager that intergenerational persistence of both poverty and wealth are greater in US urban areas than suburban areas.

It's hard to study this empirically when people move around so much. It could be that the upwardly mobile people in the cities move to the suburbs, which would artificially deflate city mobility. It could also be that upwardly mobile people in the suburbs move back to the city, which would artificially deflate suburban mobility.