Making a habit of the vans 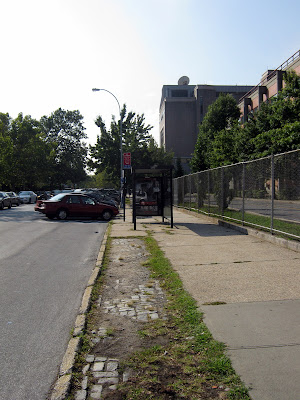 One of the big things I keep stressing, because transit advocates tend to forget it, is that transit doesn't exist in a vacuum. There are a very few transit systems that have an absolute monopoly, like the monorail at the Bronx Zoo that is the only way for the public to get close enough to see certain animals. Every other transit line has some competition, either from other transit lines, from cars, from bicycling or from walking.

The private van pilot services organized by the Taxi and Limousine Commission are no exception. As I wrote last night, the Q74 vans will be competing against the Q64 and other buses, as well as taxis, gypsy cabs and other options. Potential passengers are not floating out there in the ether waiting to be attracted by the vans; they're already taking one of these alternative services.

If these van services are to succeed, they need some very skillful marketing, because they receive no direct financial support from the government. They are operating at a loss right now, and the van operators have set aside a certain amount of money to pay the costs. However much that investment is, if it runs out before the vans can make a profit, the operators will abandon the service.

I'm going to review some of the issues with transit marketing. The idea of "mode choice" actually hides four different, related kinds of choices that people make: single trips, habits, investments and subsidies, and all of these affect the potential success of these van services. There are also four ways that transportation modes can compete: availability, value, glamour and amenities.

At this point it's pretty doubtful that anyone is going to invest money in buying or renting a house, apartment, store or office because of these lines, so the choices we are concerned with are single trips, habits and subsidies. The vans are available from roughly 6AM to 10PM seven days a week, which captures most of the trips that people will be making.

Ultimately it will be habits that will make or break this service: there is no money from the government, and there are just not enough people taking single trips to make it worthwhile. Value is the biggest factor in forming habits, one big factor in determining value is cost. Most of these vans are at a cost disadvantage, because many passengers are transferring from MTA subways and buses and will have to spend an additional two dollars for the vans. That is why frequency is so essential: if the trip times are not significantly shorter than the Q64 or other buses, people will save their money and take the buses.

This means that by the time the savings are exhausted, the vans have to have built up enough of a customer base that they make a profit running frequent service at headways of less than fifteen minutes. I'm not sure how many passengers it takes to break even on one run of a fifteen-passenger van at $2 a head, but let's say that they need an average of at least five people per run, or ten per round-trip. That comes to forty an hour, or 280 round-trips a day. That means more than 280 people, because many of them will take other modes back. In the case of Queens College, many students and faculty only have classes a few days a week, which means that the total is more like 500 people.

The pilot program runs for ninety days, which means that the van operators and the TLC have ninety days to convince over 500 people to make a habit of taking the vans. How do they do that?

Single trips and subsidies do play a role in forming habits. A habit starts with one trip, and that single trip gives the customer information to decide to make a habit out of that service, to use it occasionally, or to avoid it altogether. Of course, you can't take even a single trip if you don't know that the service exists. Even if the TLC isn't directly subsidizing the service, they do have a role in getting the word out about it.
Posted by Cap'n Transit at 11:17 PM

The obvious way I can think of is to let the vans post signs on the bus stops and maybe even a little placard on the bus sign thing.

Seriously! Some of those bus stops still have posters with information about the Q74. Would Cemusa really object if the van users put something in there advertising their services?