Ten things Trottenberg and Bratton can do for transit

There have been a few posts about what the new administration of Mayor de Blasio can do for transit. Some have been focused on "bus rapid transit," because it's the fad of the decade and people don't want to think too hard about transit. Some rest entirely on him taking back control the MTA.

Following on my ten recommendations for pedestrians, here are ten recommendations for transit that don't require control of the MTA. Some of them can be done by the DOT, some by the NYPD, and some require cooperation between them, but none of them require action from the MTA or the State Legislature. They all have to do with buses, but unlike Select Bus Service, they don't require months of route planning to implement. 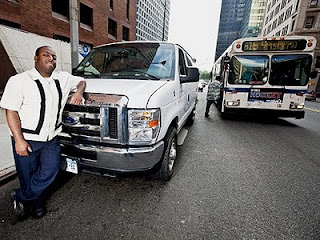 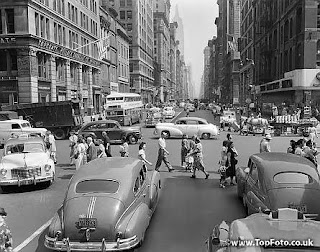 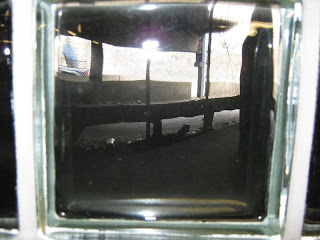 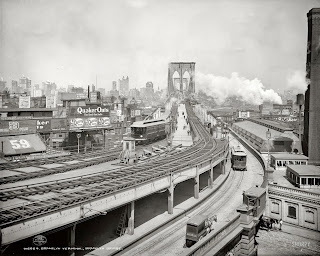 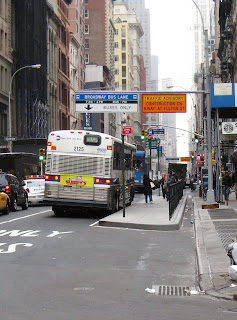 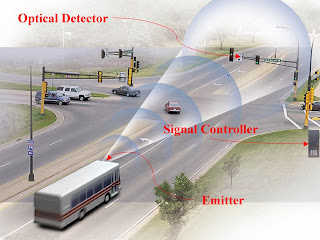 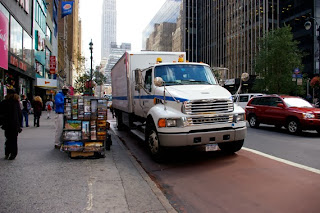 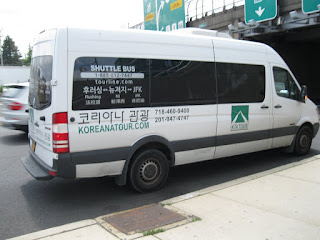 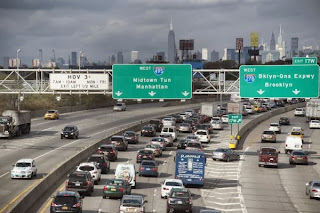 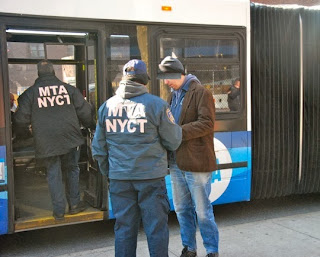 What are the "Legacy streetcar companies that were finally taken over by the MTA in 2006?"

In the vein of the Brooklyn<->NJ buses, how about a 4th ave limited bus from Downtown Brooklyn to St George? The current buses over the Verrazano actually make you transfer on the SI side to reach the northern part of SI. Its insane.

I have no idea how useful this would be and to whom, but im in Sunset Park and was recently looking at a job in St George, and I was like "oh so its my current commute to Bowling Green PLUS a 35 minute ferry ride, assuming the ferry is timed perfectly for me."

Jamaica lines, green lines, command bus, queens surface ect. All streetcars that were bustituted decades ago. Now they are part of mta bus co - not nyct.

The fare inspection fix should be priority one.

That said, bus bulbs *should* be standard -- *everywhere*. There's a reason for this which most people don't think of: handicapped access.

Your typical bus driver, pulling out of lane to one side in a narrow space, utterly fails to line itself up with the curb for handicapped access, instead ending up at some wonky angle.

With a bus bulb the bus drivers are actually pretty good at lining up the ramp with the curb.

I don't like #1 or #2, but the rest seem pretty sensible. 5-7 and 10 seem like they wouldn't be that hard to implement and it's hard to think of a reason not to do them.

I think you are going to see a resurgence in private transit very soon. I do not like having to keep the names and phone numbers of passengers, but doing so will allow me to slap the city around on the state level. Certainly, the service will be less user-friendly than a normal bus, but it will exist.

I think 2014 is going to start a resurgence in private transportation options. Naturally, people like me hate keeping the names and phone numbers of passengers on file, but doing this will allow me to twist NYSDOT's arm the next time the city gets out of line.