Balaji Prabhakar and the invisible carrots

A few days ago I wrote about two pilot projects carried out in Bangalore and Palo Alto by Stanford computer scientist Balaji Prabhakar. In each case, Prabhakar's team implemented a lottery where the more an employee traveled to work at off-peak times, the greater their chances were of earning a small cash reward. Last year a new pilot was implemented on Singapore's trains.

As I wrote before, Prabhakar's work is promising because it tests the psychology of incentives and does not assume that people are always rational actors. But I have a big problem with the way it's been framed in recent news articles, specifically a June 11 Times article by John Markoff and a Transportation Nation post by Andrea Bernstein and a Planetizen post by Jonathan Nettler, both from the following day.

There seem to be four elements involved in Prabhakar's plan: it is perceived as providing positive incentives rather than punishments; it tries to make doing the right thing fun and interesting by making it more like a video game or collecting box tops; it only targets the "margin," those people who are most likely to shift; and it relies on network effects to build a sense of enthusiasm for the change.

Markoff's article focused almost exclusively on the first, and brought in the frame of carrot versus stick: "A few years ago, trapped in an unending traffic jam in Bangalore, India, he reflected that there was more than one way to get drivers to change their behavior. Congestion charges are sticks; why not try a carrot?" Bernstein loved it, excerpting those last two sentences and putting "Carrot or Stick" in her title. Nettler went further, calling it a "kinder, gentler way to alter driver behavior.

Did Prabhakar even think about it in those terms back in Bangalore? The word "carrot" is only mentioned by him once, in the title of a talk he gave this past March. The metaphor is invoked by several journalists and PR people, but not him.

The problem with this thinking is that it ignores all the other carrots that are out there. From road subsidies to cheap gas to minimum parking requirements to the use of cars as heuristics for maturity, power and sexual attractiveness, the world is full of incentives for people to drive. 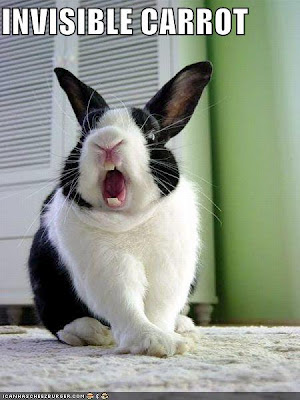 If you want to actually solve a problem, you need to get to the root of it. Prabhakar's "solution" to congestion alleviates the symptoms, but it does not solve the problem. Now I like a good short-term solution, or "kludge," as they call it in Kannada. I love that when I have a headache I can take a couple of pills and relax, and maybe in the morning my headache will be gone, but if the headache isn't gone the next day I'll go see a doctor. In the end, whatever is causing my headache needs to be fixed, or else I'll wind up with a heart attack or an inoperable brain tumor. The underlying problem needs to be dealt with.

Prabhakar is right that it's silly to subsidize bad choices and then tax them, but he doesn't deal with the subsidies. A procedure that brought the latest institutional psychology to bear on the problem of people getting entrenched in inefficient, unfair, destructive systems? Now that would be impressive.
Posted by Cap'n Transit at 1:13 AM

Balaji spoke in Chicago last week about "combining smartphone apps with incentives to encourage people to change their driving and parking behavior and take public transit" at the Metropolitan Planning Council. I missed it, but the video's online.