One of the often repeated fears about dollar vans and other privately operated transit options is that they will "poach" customers from a public transit operator on the route, which may have a legal monopoly, and that by doing so they will "skim" profits from that route, reducing the revenue that public operator gets and increasing the burden on the taxpayers, or reducing the "coverage" that the public operator can cross-subsidize. This is a legitimate concern, but in most cases it is completely unfounded. 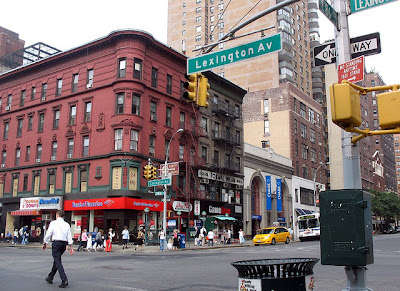 The M86 earned an operating surplus of about five million dollars in 2009. Photo: bijoubaby / Flickr.
To begin with, the agency has to make a profit on the route. Even if private operators believe they can make money, it is not always profitable for public operators. Sometimes this is for legitimate reasons: if the private operators can only make a profit through exploitative wages or hours, or by not offering a reasonable set of benefits, we don't want to encourage that exploitation. But if the profits earned by the private operators come from reducing costs in other ways, from offering a better value, or even from being able to raise fares on people who can afford it, the only objection is the skimming one.

How many routes make any operating profit, let alone an overall profit? I'll look at the New York MTA because it's my hometown transit monopoly, but I'm interested to hear about other systems. In early 2010 the MTA released ridership and cost figures for each of its bus routes, based on data from Labor Day through the end of November 2009. There were 22 routes that brought in more in fares than they cost to run.

To put this in perspective, that $27 million surplus was 3.3% of the total $823 million grossed by New York City Transit buses. It's 0.87% of NYC Transit's overall $3.1 billion in farebox revenue, and 0.33% of the total $8.3 billion operating expenses for 2009. In other words, it's a drop in the bucket. Nobody at NYC Transit or the State Legislature would miss it.

There may be good reasons not to allow private buses to run on New York City streets, but skimming the consumer surplus is not one of them.
Posted by Cap'n Transit at 9:48 PM

Whoever is calling this "consumer surplus" is misusing the term. Call it an operating profit, because that's what it is. Consumer surplus is the surplus value I retain as a consumer when I pay less for a service than I'm willing to. Every time an Upper East Sider rides the subway for $2 when he'd be willing to pay $4 for the same service, he has $2 in consumer surplus.

Cap'n - Your conclusions trouble me. If a private van operator competes wheel-to-wheel with an existing public bus route (whether publically or privately operated), the van operator is "skimming" revenue from that bus route.

I suspect that once upon a time many of the bus routes in NYC that now have van competition were earning an operating profit before the vans entered the picture. That was definitely true in Hudson County, NJ where most of the privately operated conventional bus routes have disappeared or been taken over by NJ Transit.

I have no problem with vans that add to the public transit network by providing services that require multiple transfers otherwise, or offer service to locations without public transit. With the exception of some of the "Chinatown" routes in NYC that you have cited, however, I know of no place in the United States where this is so.

The thing is that also, that $3 million may not seem like much, but each of those service reductions the MTA made only saved about $0.4 million or so each. That means you could restore maybe 5-7 service reductions with that money.