Party out of bounds

Okay, so you're having a party. You call a bunch of friends and put the word out on Facebook. None of you have much money, but you cash your paycheck and pick up some twelve-packs of Coors Light. Your friends bring what they can: a bottle of vodka, a bottle of rum, some soda, and a couple 40-ouncers of malt liquor.

But the drinks start to run out after a few hours. Of course you don't blame your cousin Jimmy who got laid off, or Jenny's ex-boyfriend who just got out of prison. There's a few moochers in the place, but everybody else deserves a good time, and they brought what they could afford. 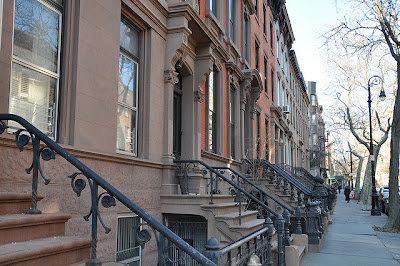 Photo: Jay Woodworth / Flickr.
You and Jimmy are getting some air outside and you say hi to a couple walking past. They're definitely not from the neighborhood. They dress wild, and the guy might be gay. But they look like decent people. Then they hear the music coming out of your place, and the woman stops. She says, "Is this Billy's Fun Cave? I saw on Twitter that you're having a party." Before you can answer, the guy says, "I got beer!" and he holds up a six-pack. Well, all right then.

These new people are kind of fun. The woman has a whole bunch of songs on her Ipod that you loved dancing to when you were a kid. The local microbrew they bought is definitely an acquired taste, but it beats Night Train and you might actually acquire a taste for it if you could afford it. They're texting their friends, so you tell them the friends can come too.

The friends show up, and most of them bring beer, so you and your friends are happy. But not that much beer, and you're wondering if you're going to run out again when you hear someone shout, "Alex is coming? Tell him and his gang to bring booze!"

You're polishing off the next-to-last Sam Adams when Alex and his gang show up. They bring booze, and lots of it. One lady even shows up with a box of wine. They're dressed very classy, not the same funky crowd that you first invited in. They start blasting oldies on your stereo and complementing you on keeping your apartment's original trim.

All of a sudden you realize that you don't know any of the people in your own living room. The funky crowd is hanging out in the kitchen. All your friends have either left the party or retreated into a back room. Even Alex and his gang have moved on to find a new party.

And that, folks, is the party analogy applied to gentrification. Not a perfect fit, but no metaphor is.

People move in and out of neighborhoods all the time, for all sorts of reasons. It's only natural.

Couldn't this metaphor be construed as that?

Well, yes and no, Matthew. As I wrote in the post linked above, gentrification of inner neighborhoods is a response to the abandonment of those neighborhoods by middle-class white people in the 1960s-1980s. Lower-class, mostly nonwhite, people moved in because they were cheaper, but now the children and grandchildren of those middle-class white people want them back. It's only one chapter in a long history of unfairness.